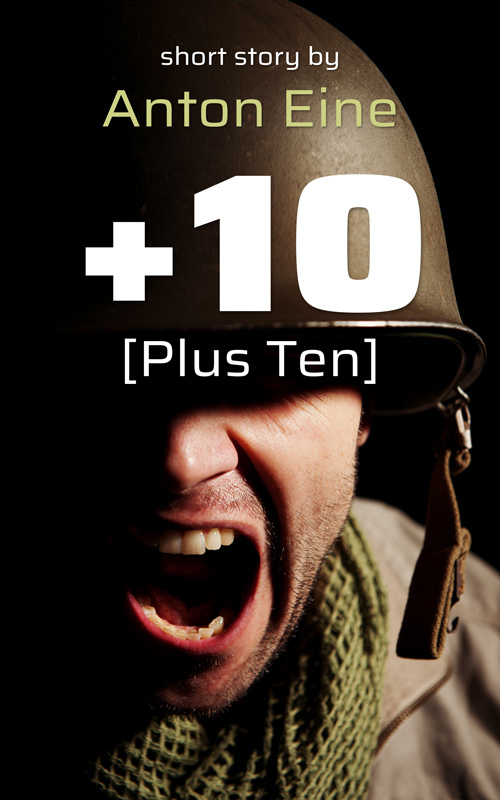 Have you ever played role-playing games where you need to powerlevel your character by adding certain points to strength, dexterity or intellect? Imagine someone doing it with real live soldiers.

Group of scientists working for army is testing unique technology to terrifically boost the abilities of ordinary soldiers turning them into ultimate weapon. How far will they dare to go in their experiment? And what is the ideal modification balance of skills for perfect warriors?

Action sci-fi short story “Plus Ten” takes you to the edge and beyond to answer those questions.

It turned out that the most crucial thing was the fact that the human body has its unyielding limits. Constraints that are impossible to surpass.

Of course, the idea of super soldiers – perfected and deadly effective warriors – was not a new one. This battlefield has claimed the lives of no small amount of scientists and labs, working for every imaginable governmental (and supposedly non-governmental) organization around the globe.

Due to safety precautions, many similar projects have appeared and then disappeared without a trace over the last century, and had differing levels of success and failure, no matter what the initial goals were of any of the experiments.

I think we were the first project that achieved a serious breakthrough in this area. We were able to significantly modify our test subjects, but in the pursuit of results we discovered the limits of our potential. We called it, the Absolute Threshold.

No matter which human abilities we sought to perfect, we could never overcome certain limitations. Nature and evolution wouldn't allow us to change a person beyond a certain degree.

We didn’t create any superpowers, we just amplified a soldier’s strength, speed or intellect. But the amplification of all these qualities at once, in different combinations, could not exceed certain amounts. Once exceeded, we would lose our subjects completely, for their bodies couldn’t handle that level of interference.

It was like a computer game, where you have a limited amount of points to upgrade your player, and you have to choose which characteristics to boost.

So, where our Absolute Threshold represented 100%, we decided to develop each ability in increments of 10%. To do this we needed to assign strength, speed and intellect points adding up to 10 points of our incremental upgrade. It was oversimplified, but this made it easier to model. In order to define the specific parameters needed we had to first establish the ideal and most basic modification for our soldiers.

I was head of the analytical team, and our goal was to develop testing scenarios to discern which ability ratios were the most favorable in our subjects. Simply put, the goal was to produce ideal soldiers within the limitations. We were also tasked to pair potential combinations of abilities with their application in solving specific tactical tasks.

We developed a few key scenarios for the different groups, which were supposed to be tested live in a specially equipped top secret training ground.

It was predictable, that the first group, which the military wanted to test, was the group with increased strength.

The official prototype name was Force Majeure, because it was postulated that these soldiers would be unstoppably strong. But we among the developers of this project, called them the Bogeymen.