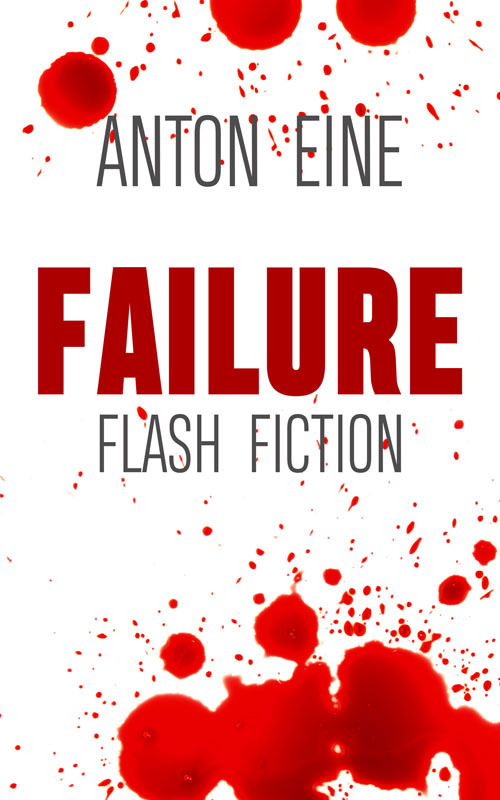 An undercover agent has blown a major operation. He has been suspended from the field and is under investigation. The failure of the mission could entail a great deal of suffering for the local agents he has recruited.

He has been subjected to but not broken by brutal torture during his captivity. But now his bosses want to place all the blame for this failure squarely on his shoulders.

“You are responsible for the failure of this mission, agent. We’re going to have to suspend you from working in the field for now and lock your access clearance.”

“Officially, this is for the period of the investigation, but... I’ll be honest with you - I don’t think you’ll be working again.”

“Unfair? Unfair..?! You’ve wrecked a crucial mission. Many years and enormous resources have been invested in your training and deployment. Many talented agents have been sacrificed for the sake of this operation. And for what? For you to carelessly give everything away, destroying all our efforts in the process. And all because of some... local woman..?”

“But that’s not true! She had nothing to do with it!”

“Who are you trying to kid now, agent? Us or yourself? We’ve read your reports, we’ve been watching you. I thought you might at least have the self-esteem not to cover up your failure with lies. Especially as you are still under oath.”

“But she really isn’t to blame for what happened. It was just an unlucky series of events. Everything was going to plan when...”

“There is no room for luck in our business, agent! You should have had every eventuality covered. And that’s all there is to it! You had the full might of the Agency’s analytical department at your disposal. You know, I told them you weren’t ready for this assignment. I was against giving you the job. If you hadn’t been the Director’s protege, the Committee would never have given it to you. Do you have any idea how high the stakes were? You had no right to make a mistake.”

“You realise that? Are you being serious? Do you know how long it will be before we can ever embed another agent in your place? How many opportunities will have been missed? And by then it might already be too late.”

“But it was a set-up! They arrested me on a false charge. And they didn’t get a thing out of me, I didn’t break even when I was tortured.”

“That’s because you’d already leaked too much valuable information without having to be.”

“Now listen, here! I was acting in the interests of the operation, from tactical necessity. I’m very sorry that everything turned out as it did...”

“You’re sorry? Your sorrow’s not going to help anyone now, agent. The mission is in tatters. There’s no going back. By the way, your file has been passed on to the internal investigation department. They have a lot of questions they want to ask you. You have breached the security protocols and allowed a serious leak of classified information to take place. What’s more, you will be charged with misusing the Agency’s resources and money.”

“I only used what was necessary for the mission to be a success.”

“Don’t insult my intelligence with your pathetic bullying tactics! We all knew there was going to be a chance of failure. The mission was too complex for just one agent, and from the outset, I asked to have more people with me on the ground. With a good team we could have done it. But instead of this, I was ordered to recruit from the local population. Untrained locals. What did you expect? Of course, it was going to increase the likelihood of a screw-up!”

“Leave your excuses for the Committee, agent. You’ll be needing them. Or why not have it analysed by your shrink. You might feel a bit better about yourself once you’ve had a good cry on her shoulder.”

“Oh... Didn’t I mention it? You will have to undergo a course of psychotherapy. In theory, the psychologist’s report might have some bearing on the Committee’s decision about your fitness to ever be allowed out into the field again. But I don’t think it’s going to make any difference in this case.”

“Use your brains. Multiple violations, accusations of negligence and corruption, a vital mission in ruins... In any case, there are bound to be psychological scars after what you’ve been through. You were betrayed by the very agents you yourself recruited. You were held in prison for a long time, they viciously tortured you, they tried to break you, they tried to kill you.”

“I doubt it. But that’s not for me to decide, that’s up to the psychologist. I imagine you’ll be prescribed therapy every day for several months. Purely for humanitarian reasons, after all you’ve been through I should probably pity you. But... If I was to be brutally honest. It was only with great difficulty that we managed to get you out of there when things really began to get sticky. If the decision had been left to me, I wouldn’t have bothered risking the Agency’s precious resources and agents on you.”

“Well, thank you very much.”

“Well, what were you expecting? As far as I’m concerned, you’re a disgrace to the Agency. In the past, only highly-experienced, well-trained operatives would have been given an assignment of this importance, not some snot-nosed greenhorn.”

“Only, you’re not as tough as you talk, are you agent? During your mission, you allowed enemy forces to take you unarmed. You were taken by surprise and put up no resistance.”

“I had no choice. Otherwise, the agents I had recruited might have suffered.”

“So what? There’s always going to be collateral damage. You can’t make an omelette without breaking eggs.”

“I doubt you would have said the same thing if they had been our agents as opposed to local ones? Can you not see your own breathtaking arrogance and double standards...”

“I’ll be filing a formal complaint with the Committee, your behavior is totally unacceptable.”

“Feel free to file away whatever you want. Now, onto the next point. During the investigation, you will remain at the Agency’s headquarters. You will be forbidden to leave the base or make contact with anyone involved in the operation, including the agents you recruited.”

“But that’s not possible! I gave them my word, I would be there the day after tomorrow! I have to meet up with several of my local contacts. I can’t let them down! They are counting on me!”

“It’s over, agent. There will be no more meetings. The operation is over. Period. You have failed everyone you recruited, not just us. Right now, they think you’re dead. And it would be better if that’s how it stays. You’ve already created enough problems. So, don’t you go forgetting the protocols.”

“I can still put things right, not everything is lost, believe me.”

“Well, the top brass don’t agree with you. The plug has been pulled on the entire project, thanks to your failure the risks have increased exponentially. A special group will be sent to carry out the clean-up operation. Every single one of your local agents will have to be eliminated. Including the informant who betrayed you.”

“Oh, I think you’ll find we can. Actually, we are obliged to do this. If you hadn’t failed your mission, no one would have touched them. But now they know far too much. And we can’t risk any more leaks. You only have yourself to blame for all this.”

“You’ve become used to acting with brute force. But your methods are out of date. “These days hybrid and information warfare is so much more effective than your barbarous and bloodthirsty interventions. When are you ever get that into your head..?!”

“Who do you think you are, agent? Do you still think you’re out there play-acting? You have immersed yourself too deeply in your own legendary status? Over there, you might be the Messiah, the chosen one, the heavenly anointed. But here you’re nothing more than a disgraced operative who has screwed up his most important mission. Enough! You are dismissed, agent. Guards, take him away!”

Are you sure you want to close the window of book download and sending it to e-mail?

If you did not download the book in one of the formats available and did not send it to your e-mail, after closing this window you will not be able to return to these options.